December 01, 2011
I hope everyone had a nice Thanksgiving, and were able to survive the Black Friday craziness. I, for one, did my fair share of pigging out on turkey and sleeping in a bit on Black Friday. I refuse to stand in line in the middle of the night for any sale. I also find it sad how Thanksgiving is so often overlooked because of it and it's far more commercially marketed cousin Christmas. It's like two opposing messages being played; be thankful for what you have, but go out and get what you don't have that's on sale at 3am.

I've not been much in the photography shooting mood lately, so this is a shot from my archives. Having a superzoom camera, there seem to be two requisite shots to take with it to show off that zoom; birds, preferably in flight, and the moon. I have no interest in birds in flight shots, so I thought I'd try for the moon. I was surprised at how difficult it is to get a sharp well exposed shot. Obviously you leave the shutter open a little longer than normal, but I tend to forget how bright the moon is and how fast it moves. Leave the shutter open too long and you've got a very bright blurry moon. Too short and you can't make out much in the way of surface detail. This was one of the better shots, but is not one I'd hang my hat on and say this is as good as I can do. I'm hoping for clear skies next week as I think I'll try it again. 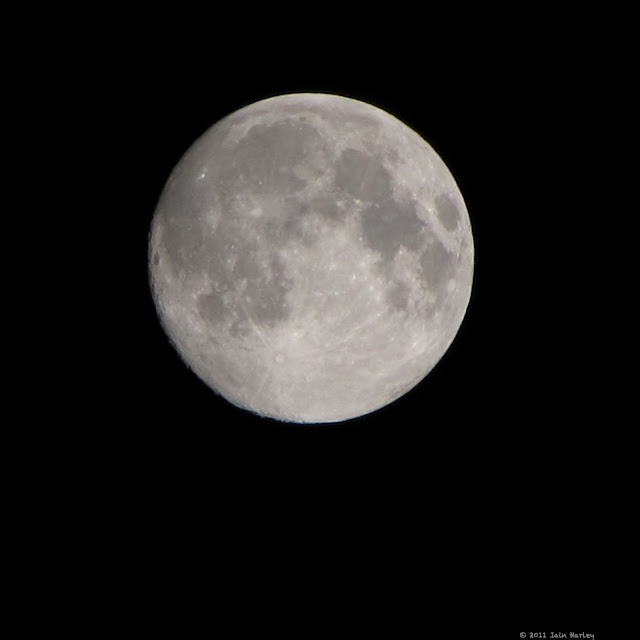