October 13, 2011
It just hit me today that it's October. That Halloween is just around the corner. I'm so not in the mood for Halloween, so today's shot is to help me get in the mood. Taking a shot from the same set that that this came from, I went to work. This is one of those rare times (for me) that I had a definite idea on how I wanted this to look after I was done.

There's nothing spooky about a graveyard in the middle of the day. I had originally shot this as a 3 shot bracket with the intention of HDRing it. It didn't really turn out the way I had wanted so I left the shots and promptly forgot about them. This time around I HDR'd again with an eye for converting the finished product into black and white. I wasn't going to make it look like a night shot, but I was hoping I could make it look like a full moon. I think it turned out alright. 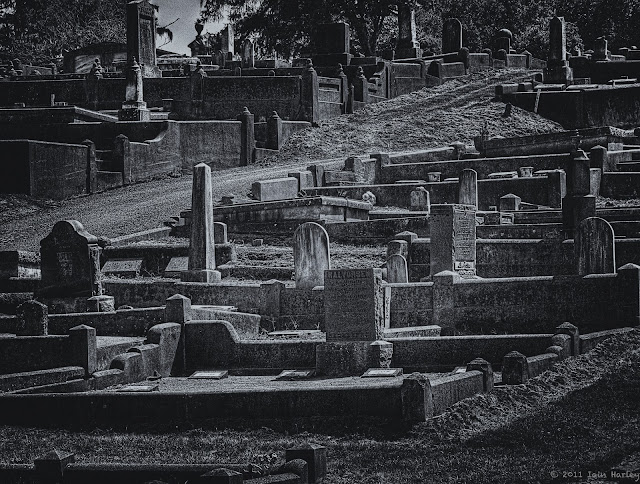