November 17, 2011
If the Internet has proven anything else it's people don't like change, but adapt quick. For example, every time Facebook makes a change there's a new group formed calling for Facebook to revert to the old style of whatever they changed. It's vocal for about a week, then "new" Facebook is simply Facebook, and the whole cycle repeats itself every 6 months or so. Most websites are dynamic, changing things so it's expected that they change otherwise how else are they going to keep you coming back for more?

Desktop software doesn't work that way. Most desktop software sees a revision maybe every year, and that's if it's a small piece of software. So when Topaz Labs released their Adjust 5 I had equal parts excitement with the new features and hesitation because of some of the changes made in using it. Plus, I was just feeling really comfortable with Adjust 4. So what's new in Adjust 5?

Well, to start with are the number of preset filters. Where there were a handful in Adjust 4, there are... a lot in Adjust 5. So many that they needed to be separated by categories. You can select a preset, hit apply and call it a day, or you can use the preset as a starting point to further fine tune the look you're going after. This will take some getting used to for me. Often I enter Adjust not really having an idea of what I want to do with a photo, cycle through the presets until I find one that pops out at me, then go about tinkering. The last couple months I'd gotten a feel for what I can do in Adjust so I was able to go into Adjust with an idea of what I wanted to do. Guess I'll have to start over.

I'm excited to try out these new features, but here's a first go around with another shot from the bridge I shot recently. I don't like the composition of this shot originally, but with a little work it comes out a little better. 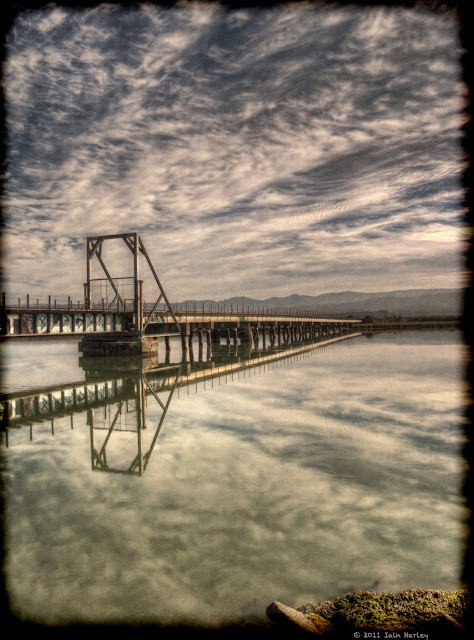