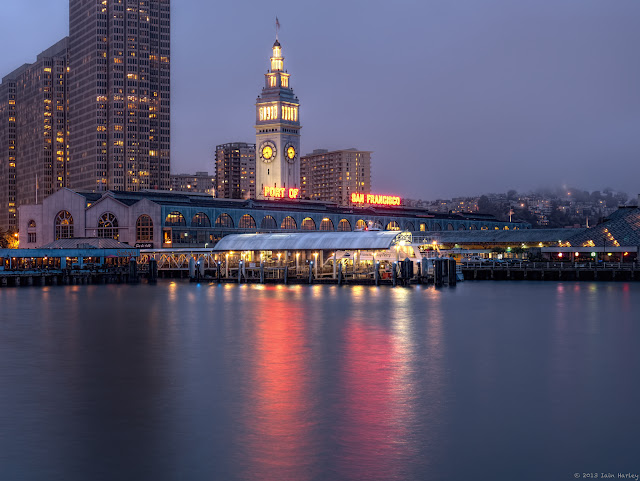 When I heard that Flickr was upping their free storage for photos to one terabyte, my first thought was, "I hope Google does the same." And for me, that's the problem with the Flickr news. I have a Flickr account that I post to about once a week, when I post a shot on Thursdays here on the blog, but beyond that I've just not been able to get into using it. I've joined a couple groups there related to micro four-thirds, HDR, and a couple relating to the software I use, but I've not been able to get any kind of engagement there. Instead I use Flickr as a browsing agent. If I'm going to be in a certain area I'll search for the area on Flickr to see what kinds of photos there are to be found there. So I've been trying to figure out just what I can do to take advantage of so much storage.

My current strategy, if you can call it that, is to make Google+/Picasa my main photo sharing site. This works well because Google+ is my social network of choice and Blogger is a Google product with tight integration with Google+ Photos/Picasa. And since I like to schedule blog posts in advance, the whole system just works smoother. I then Use Fotostat to upload the same photo to Facebook, Twitter, 500PX, and Flickr then schedule the photo to be shared at the same time the blog post goes live. This system works for me.

What Flickr has going for it, besides the full size photos and terabyte of storage, are excellent sharing options to many social media sites, including Blogger, and, if you like it, their new design. I happen to like it. There's no Google+ sharing, which I believe is an issue with Google not Flickr, but you can easily grab a URL and paste it to Google+. The only issue I have, really, is that I can't schedule Blogger updates. So I'll need to try out different things to see if I can fit Flickr in my workflow as something more than an afterthought.

The shot. This is the San Francisco Ferry Building. This is a 7 shot HDR taken from nearby Pier 14. I took a lot of shots from this vantage point of the Ferry Building and the hardest thing I found when processing the shots was to get some separation of the sign "Port of" from the background. I found the HDR version of the shot created the best separation, but even that had to be massaged a little in Topaz Labs Adjust and Detail.
HDR Panasonic G3 photography San Francisco