June 28, 2011
If you hadn't noticed, the majority of my photos are of places, things, or an occasional animal but never people. One reason is that I'm not near good enough to take portrait shots of people. The other reason is I feel weird taking pictures of strangers. But I saw these 3 kids and felt I'd take a chance at it. It was a quick shot that originally had a lot of extra stuff on the sides (it was originally a 16x9 crop) so I cropped it into a square so the focus was distinctly on the kids. I like the golden tones on the grass and the look on concentration on the kid. 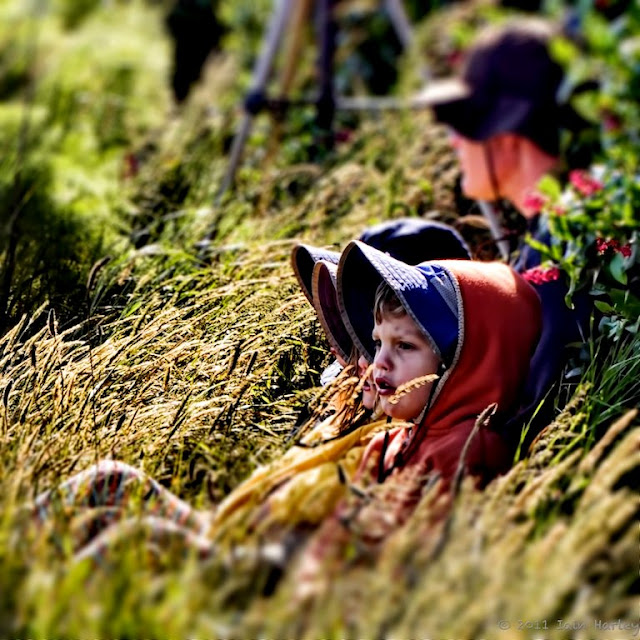