March 01, 2012
I was hoping today's post would be about my new camera with at least a photo of the new camera, but UPS has deemed Friday to be delivery day. Today's photo helped hammer home to me the demise of my Canon. I had originally planned on taking some HDR brackets of Battery Point Lighthouse, but when I looked at the shots it quickly became apparent I was going to have to use the brackets to get a somewhat decent shot. The original, non-HDR'd shot, which showed on the LCD as well exposed, came out looking very under exposed, making the bright sky look dull, and the shadow areas a black hole. 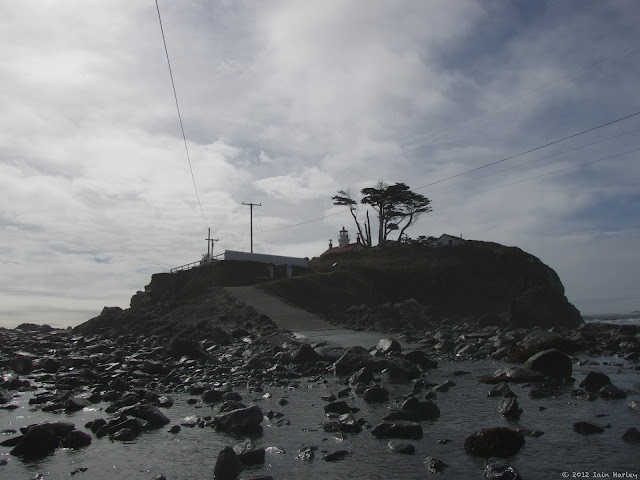 When I got home and saw these on my computer I was really disappointed. I had really high hopes for this, and other shots I had taken, but unless it was in direct bright sunlight, all my shots turned out under exposed. I initially thought I had a setting wrong on the camera, but then I saw some shots taken at the same time by another camera using about the same settings and it was much more lively. Thankfully HDRing it was able to salvage the shot, though it's still not what I had in mind.


The "final" version is still darker than I wanted, but at least I was able to bring some detail out of the shadows thanks the over exposed shot, and the clouds come to life in this.
Canon SX10is Humboldt photography
Location: Battery Point, Crescent City, CA 95531, USA